The communications networks that we all depend upon daily for conducting business and summoning public aid such as law enforcement, ambulances and fire departments, are being assaulted daily in our hometowns by two different groups: copper thieves and terrorists or vandals, depending on FBI classification. 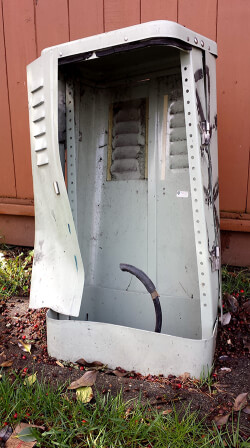 The copper thieves operate late at night, severing copper cables along poles and in conduits, attempting to sell the copper for scrap, which is purchased by surplus metal dealers.

They often cut into glass fiber-optic cables by accident (which have no scrap value) as they are not clearly differentiated in the field, and this causes massive outages for Internet and telephone services including 911.

What people may not realise is that nearly 100% of the mobile telephone infrastructure provided by the cellular companies is actually backhauled by fibre optics from the telephone companies’ wireline divisions to carry the signals from the cell-towers back into the communications networks.

When these fiber-optic cables are damaged, there is often widespread impact to communications of a large geographic area.

Not only are the customers inconvenienced, but these actions put human lives at risk – you cannot use your mobile phone to call 911 when you might really need it.

More recently, there have been concerted efforts in many locations to severely damage the fiber optic lines of companies who power the public long-haul communications networks, companies like Utility Telephone, Level3, TW Telecom and Zayo .

These are not exactly household names, yet if you use the Internet or your mobile phone, chances are you are using their networks. The cellular and wireless companies only provide a portion of the infrastructure of the mobile phones and Internet they put in their customers hands.

This critical infrastructure is not being stolen for scrap value, but instead it is speculated that terrorists are testing to see how much damage a given set of vandalism inflicts, and how long it takes us to respond and repair it. There have been dozens of such attacks just in California in the last several months. This is truly a frightening situation.

Please be on the lookout for people who appear to be unauthorised working in manholes, climbing poles or accessing infrastructure in vehicles or clothing clearly not marked with the appropriate identification credentials.

Authorised personnel rarely work in the evening and at night due to safety concerns, and when they do it is seldom one or two people. Large crews are required to effect repairs and anyone should report suspicious activity to law enforcement.

We at Utility Telecom believe that we must eliminate the “gray market” for melted copper from thieves, but that is only half the threat. Our communications infrastructure is under attack – and it’s costly and dangerous for us all. 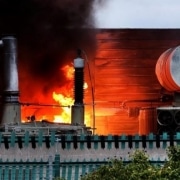 US Electric Emergency and Disturbance Report
Scroll to top